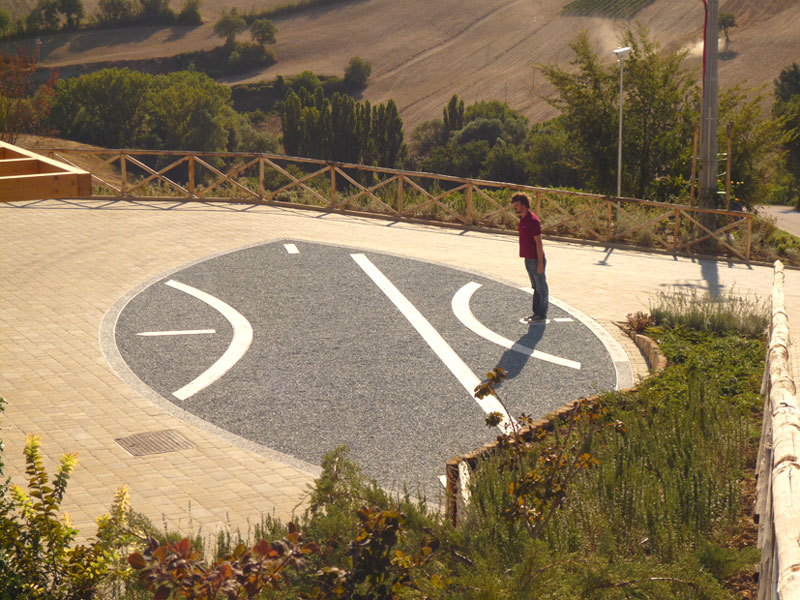 The energy sundial is a system that allows the direct measurement of the solar energy production of a photovoltaic field through the projection of the shadow. Thanks to the dial, drawn on the surface of the field, the curves of the summer solstice, the autumn equinox and the spring equinox are marked, make possible to perceive the values ​​of production.

The values ​​shown on the quadrant indicate the number of satisfied homes by comparing the kwh of the production with the average consumption of a dwelling. For example: the field produces 240kwh, the sundial indicates through the shadow, 34 satisfied homes. The system is based on an average annual consumption per dwelling equal to 2600kwh, daily equal to 7kwh. 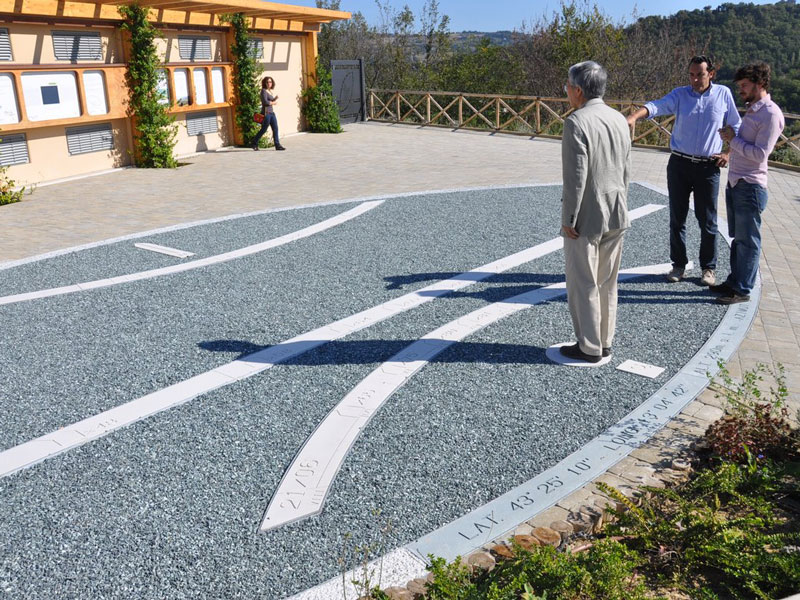 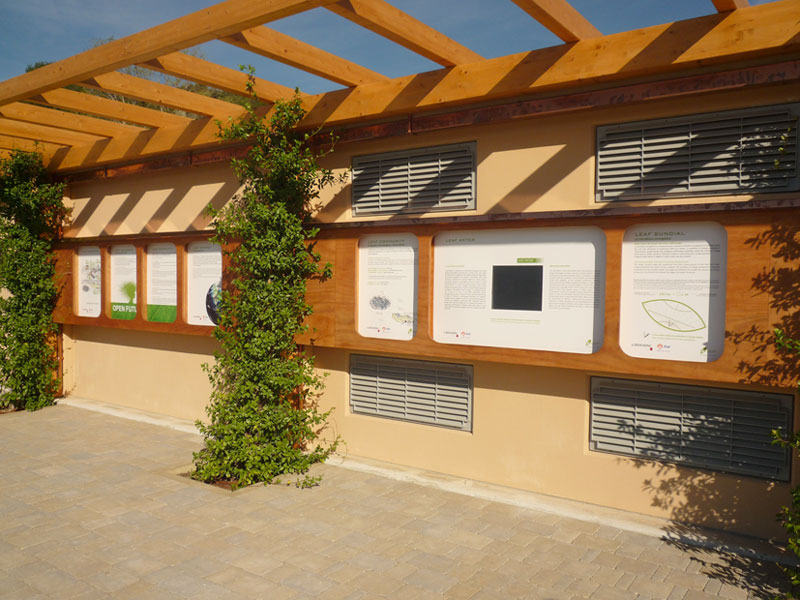 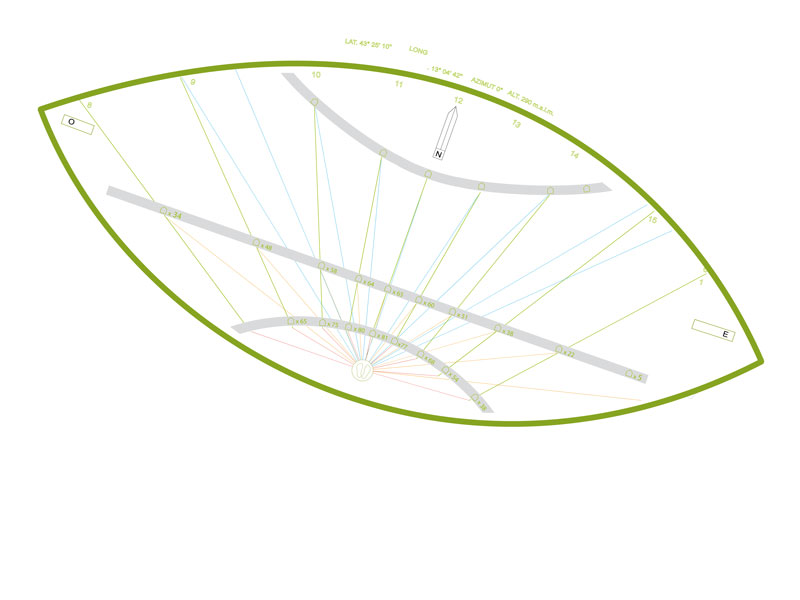