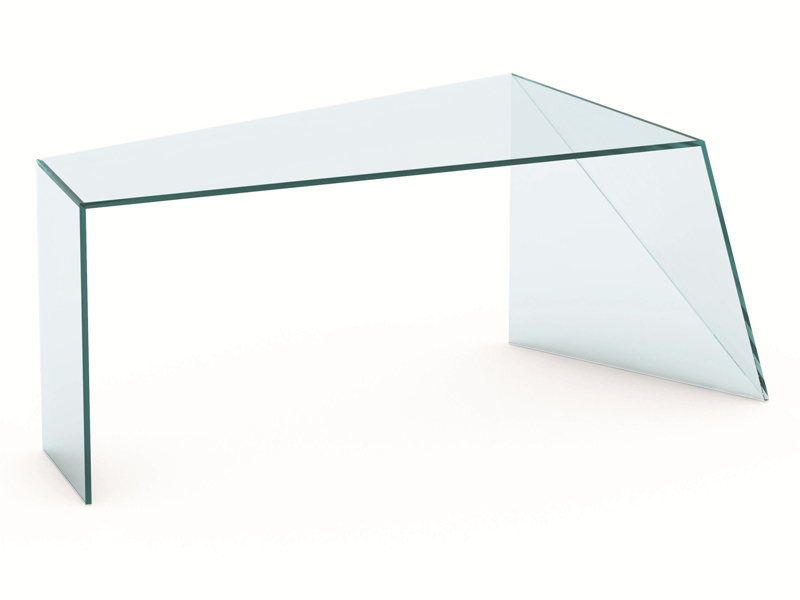 Penrose is an aesthetic and functional metaphor of the human challenge to go over nature and its balance through the use of glass.

Far from the thought of the classic geometry, this console is the result of the clash of coincident planes, which exalt the transparent three-dimensional space of an invisible material like glass.

Penrose is composed by an horizontal plane supported from one side by a perpendicular plane to the floor and on the other side, by two twisting planes. These are both relative to the horizontal plane and each other.

In this way the object creates a new dimension: over the classic three-dimension of space, there is the dimension of time, because the solid looks like it is in continuous movement. Thanks to this movement, Penrose sets up a variety of shapes in the space by magic light reflection, which runs along each edge of the transparent glass surfaces. 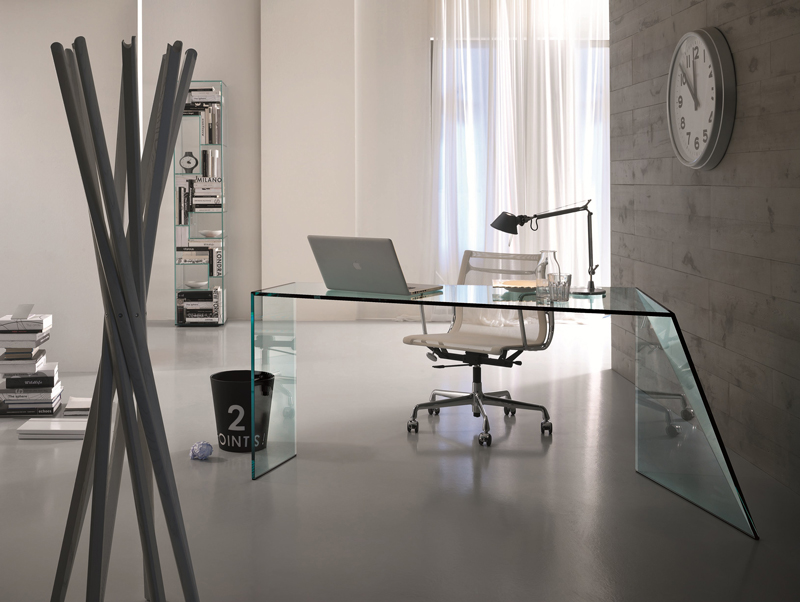 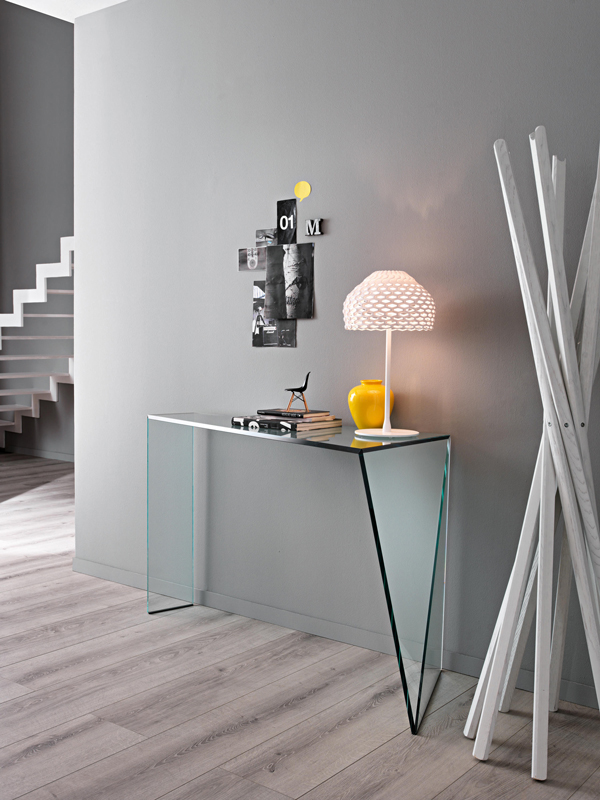 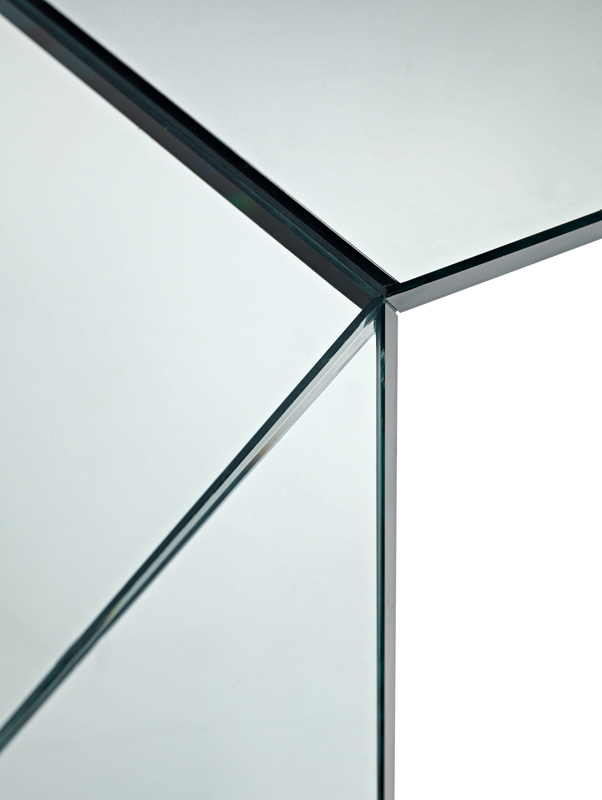 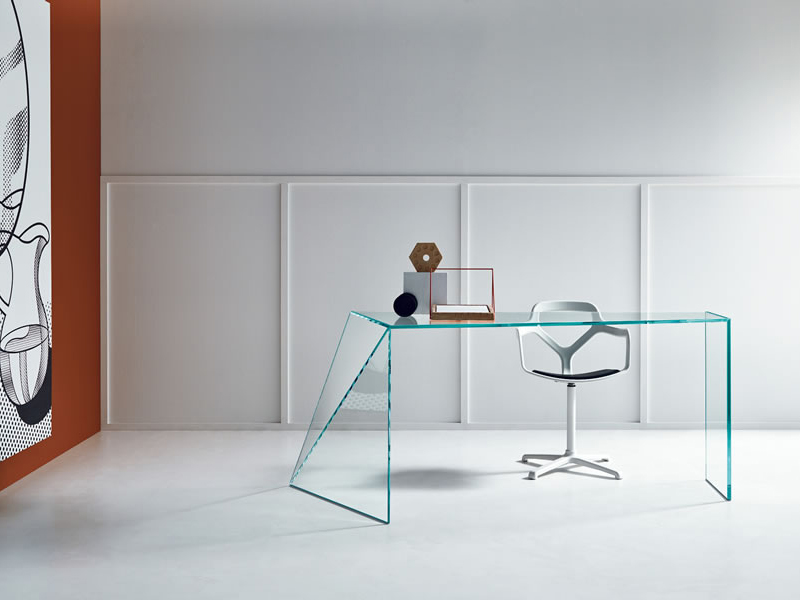