The desktop can be rotated by 60 degrees , through a simple and natural gesture of the user. The dynamic visual field allows the user to extend his workspace and perception; thus stimulate a dynamic and creative approach to work.

Applying  proxemic studies, the interaction between the user and the workspace becomes the core of this workstation. Over head storage frees the work plane and re-invents the vertical dimension of the office. The workspace is extended by the versatility of the nomadic elements such as the mobile container and work surface, named ‘Nut wagon’.

The workstation’s structure allows multi-display computer systems, which are considered the future of multimedia and video display in the office environment. 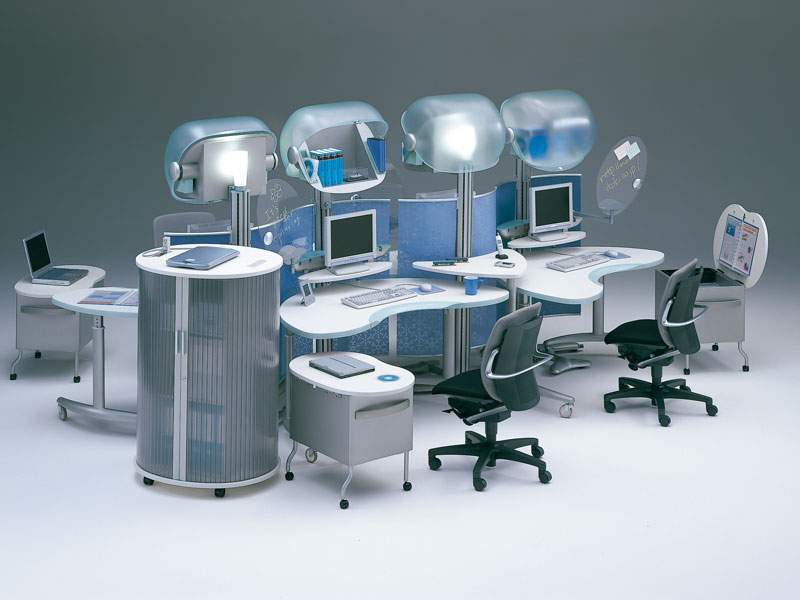 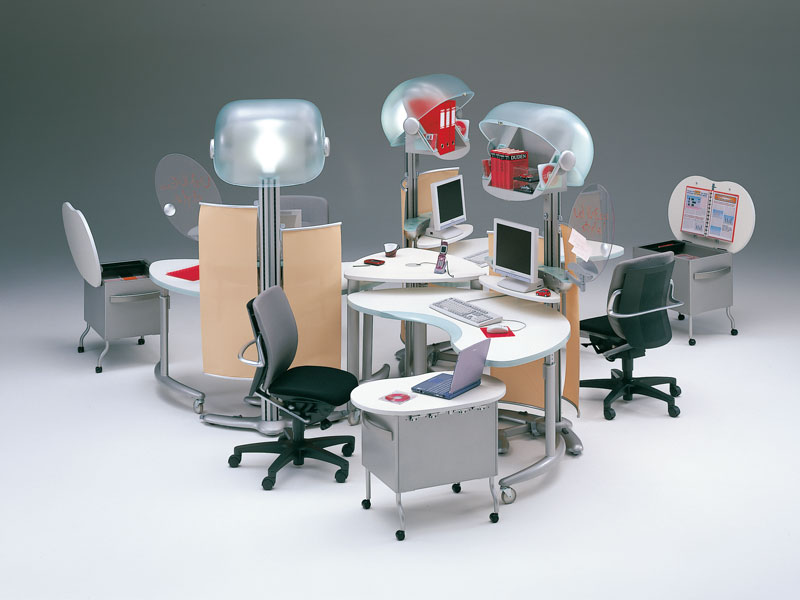 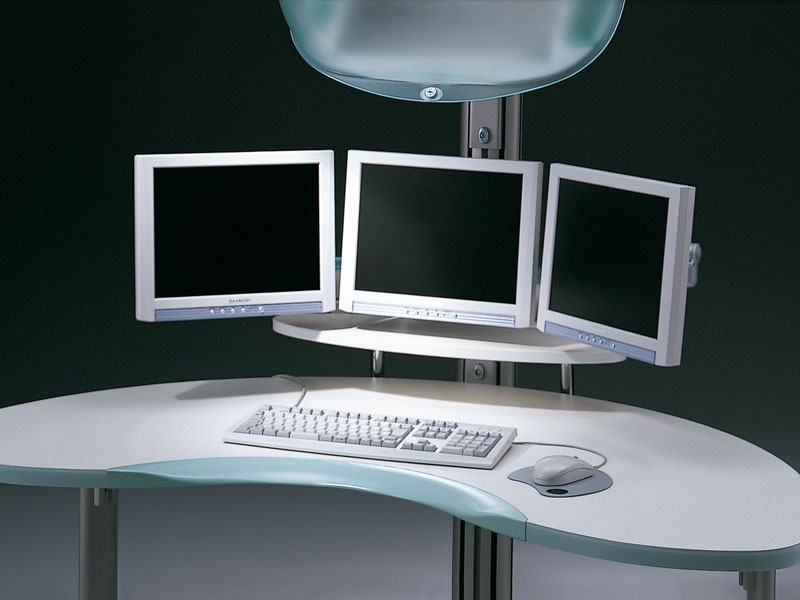 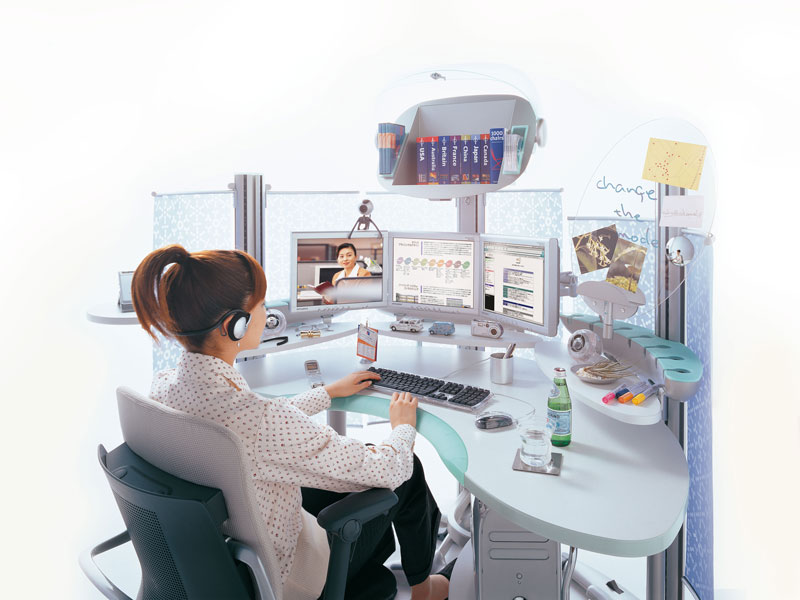 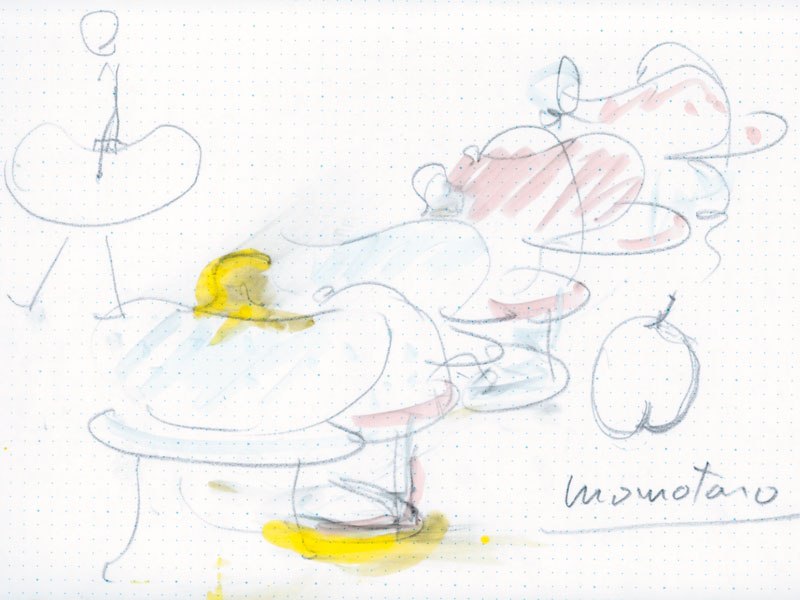